At the Duke of Sussex pub in Peckham, south London, locals sipped lager in the sunshine at the start of a long weekend.

The extra day off Monday wasn’t planned — established to mark Queen Elizabeth’s funeral — and neither was the apparent family reunion unfolding before the cameras.

Prince Harry and his wife Meghan’s temporary return to Britain has drawn chatter in pubs like this one across the country.

“You can see he appreciates his family,” said Wendell McCalla, after viewing pictures of Harry, the Duke of Sussex, joining other royals in remembrance ceremonies for the Queen.

The family, drawn together in grief, finds itself again under the microscope over its past handling of the couple, as new questions arise about how Harry and Meghan will be treated under a new King.

“​I’m all for Harry and Meghan,” said Amy Brydon, a primary school teacher sitting on the streetside patio.

But throughout the U.K., a vocal segment of society remains adamant the couple has disrespected the institution. To them, Harry and Meghan are no longer welcome here.

“I’m not quite sure why they came back, to be honest,” said Joe Fidders, a construction worker. “I think they should have stayed there,” referring to the couple’s California home.

Harry’s participation on Saturday in a guard of honour by the Queen’s grandchildren was the latest in a series of prominent roles for him following Elizabeth’s passing. He and his wife have almost never been seen in public with other members of the family since they quit royal duties in 2020 and moved to the U.S.

The couple were in the U.K. in June for Platinum Jubilee events marking the Queen’s 70 years on the throne but kept a relatively low profile.

All eight of the late British monarch’s grandchildren stood in silent vigil beside her coffin Saturday ⁠— with Prince William at the head of the coffin and Prince Harry at the foot.

Royal watchers are left wondering whether the current rapprochement will be for good, or whether it’s all for show.

Katie Nicholl, Vanity Fair’s royal editor, told CBC News it has yet to be seen whether the apparent thaw in relations signalled “what I think everyone has been hoping for… a long-lasting and genuine reconnection between Harry and his family.”

Last weekend, Harry and Meghan made a surprise public appearance side by side with Harry’s brother, Prince William, and his wife, Kate. The group once known as the Fab Four viewed floral tributes to the Queen in Windsor and thanked crowds lining the street.

William and Kate, the Prince and Princess of Wales, were joined by Prince Harry and Meghan, the Duchess of Sussex, at Windsor Castle to view the sea of floral tributes left by the public in honour of Queen Elizabeth.

Britain’s tabloids, notorious for their biting coverage of Harry and Meghan, published analysis from a body language expert and claimed the Duchess of Sussex’s hair and makeup delayed the walkabout by an hour.

On Wednesday, Harry walked beside his brother, as the family followed the Queen’s coffin in a procession to Westminster Hall, where she would lie in state.

The appearance stood in stark contrast to the distance — physical and emotional — observers remarked between the brothers at Prince Philip’s funeral last year.

William and Harry are said to have had a falling-out over the younger brother’s relationship with Meghan, an American actor, as well as the Sussexes’ role in the family.

Charles mentioned the couple by name in his first speech as King last week, but found a way to underline they’re no longer considered “working” royals.

“I want also to express my love for Harry and Meghan as they continue to build their lives overseas,” Charles said in a televised address to Britain and the Commonwealth.

Pauline Maclaran, a marketing professor at Royal Holloway, University of London, said if the King can find a way to embrace the couple, they could help modernize the institution.

“In many ways, Harry and Meghan are actually what the Royal Family needs to move beyond this rather staid image … that it risks having more with Charles,” she said.

Harry’s thoughts on his family and upbringing were expected to make a splash when he published his memoir in the fall. The Queen’s death is now reported to have delayed the book’s publication until the new year.

Harry and Meghan sparked an uproar in Britain after speaking candidly about family affairs in a memorable interview with Oprah Winfrey last year. Meghan notably suggested their son’s skin colour had been a topic of discussion in the family.

More recently, Meghan drew criticism in Britain for a profile in which she cited a Lion King cast member as comparing the couple’s marriage to Nelson Mandela’s release from prison.

In recent days, however, the tabloids appear to be mostly observing an unofficial peace accord with the couple during Britain’s period of national mourning.

The Rupert Murdoch-owned Sun newspaper, which has been among the most pugnacious in its coverage, even heralded on the cover of its Friday edition a plan for Harry to wear his ceremonial uniform at a vigil for the Queen despite being stripped of his honorary military titles.

One of the few criticisms has surrounded Harry and Meghan’s hand holding as they exited Westminster Hall after a service for the Queen.

“I would take their show of affection any time, any day over the supposed cold, fake superiority of the monarchy,” said author and activist Shola Mos-Shogbamimu, who has become known in the British media as one of the couple’s most vocal defenders.

Several social media users pointed out Harry’s cousin Zara Tindall and her husband were also seen holding hands, but faced no criticism for it.

Mos-Shogbamimu said criticism of Meghan is usually rooted in racism and sexism.

“Women like me — Black women and ethnic minority women — we face this in our own lives,” she said. “It’s just being globally amplified on Meghan Markle.”

Maclaran, the marketing expert, pointed to something else entirely.

“They’re not so popular here because [Britons] feel very protective of the Queen,” she said.

“Once this interim phase is over, will they feel so protective of Charles? I doubt it.”

You can watch live coverage of the Queen’s funeral starting at 5 a.m. ET on Monday on CBC TV, CBC News Network, CBC Gem, CBCNews.ca and the CBC News app. At noon ET, the broadcast will turn to Ottawa for a national commemorative ceremony. CBC News Network will rebroadcast the funeral at 7 p.m. ET.

CBC Radio One’s live funeral coverage will start at 5:30 a.m. ET, which will also be available on the CBC Listen app.

Elizabeth II:  The British Queen who weathered war and upheaval dies at 96 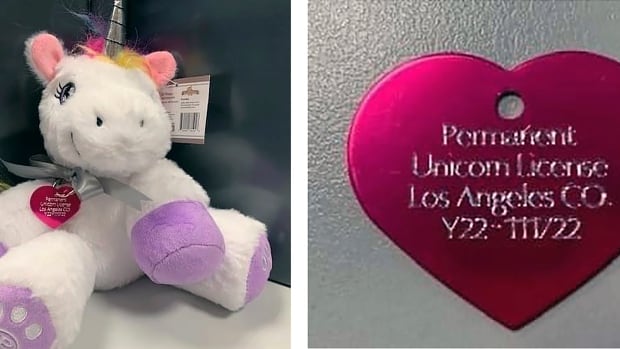 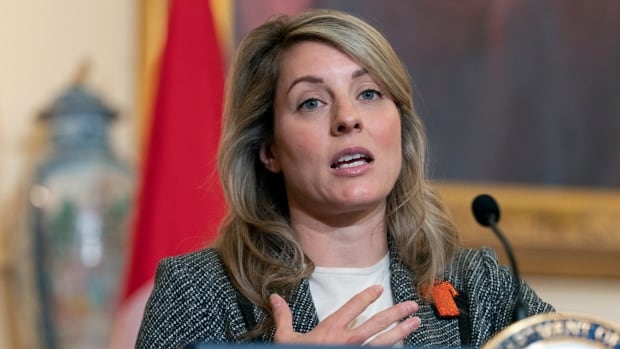 L.A. authorities will let girl care for unicorn if she meets 5 conditions — and if she finds one | CBC News
26 mins ago